It's Time You Start Playing Guitar 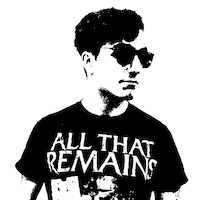 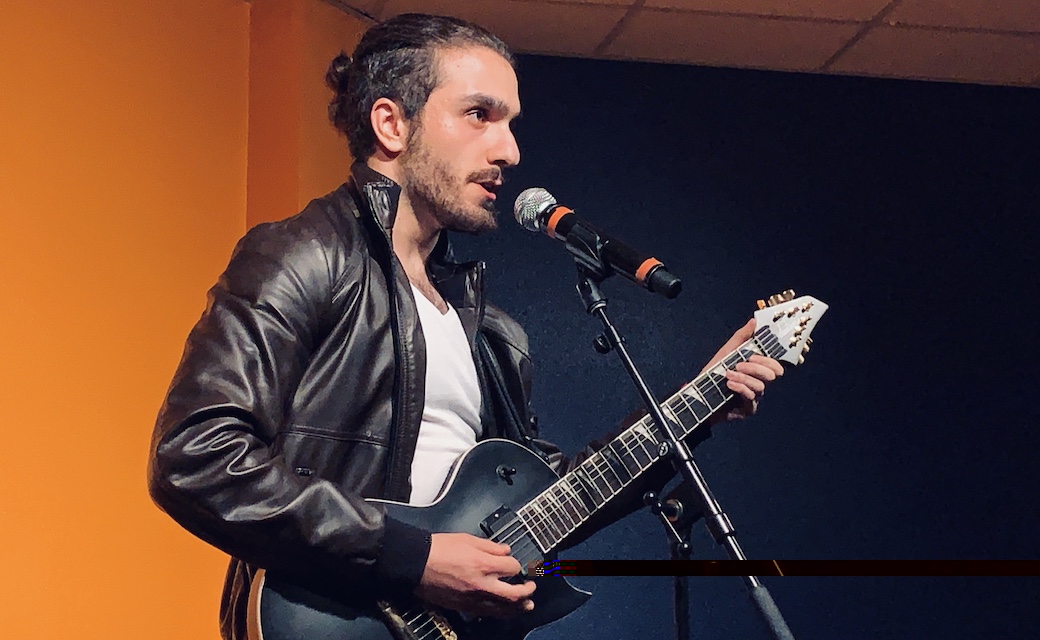 Arman, the author, playing live music to a group consisting of fellow musicians.

Time and time again, media tells us that electric guitar sales are at a decline. Declining popularity means that less people want to pick up the instrument, but is that necessarily a bad thing? Less guitar players means higher chances of sticking out once you do start playing. So whether you've always dreamed of being a rock star or you just want to jam in your bedroom, there has never been a better time to play the guitar.

Now, before you get online and order that guitar and amp value pack, ask yourself this: What genre of music do I want to play?

For rock and metal players, you'll want guitars that are heavy, both physically and sonically. Heavier woods such as mahogany, walnut, and maple yield a meaty and resonant tone that aggressive music demands. These heavy six-strings are also popular in dark sounding genres such as the blues. The most famous type of heavy sounding guitar is the Gibson Les Paul. Lighter woods such as alder and poplar will serve those who are looking for a twangier, brighter sound. The most famous type of this guitar is the Fender Stratocaster or Fender Telecaster. The body wood affects the sound the most, but fingerboard and neck wood are also important. Of course, there are woods that embody characteristics of heavy and light woods. Woods can be thought of as a spectrum. By the way, "warm" woods are higher in low end, sonically speaking, while "bright" woods deliver more high end character.

Next, you'll want to make sure that the guitar feels comfortable in your hands. Those with smaller or average sized hands will want to go for a scale length around 24.75". Scale length is simply the distance from the bridge, where the strings start, to the nut, where the strings rest on the headstock just before the tuners. For larger hands, 25.5" is a common scale length that can be played comfortably. It's usually just a matter of preference, but keep in mind that longer scale lengths will hold tune better. Also, most guitar necks have either 22 or 24 frets. For the most part, these two extra frets do not make a difference. Albeit there are some songs which require the 23rd or 24th fret.

Another option on guitars are active or passive pickups. These are the devices underneath the strings on the body that pick up the vibrations of the strings by detecting disturbances in an induced magnetic field. For electric guitars, these can be humbuckers, single-coils, or p90s. Humbuckers are the most common type and provide a warmer sound, making them a staple for rock and metal. They are also a lot less noisy than single-coil pickups. This is because they are made up of two single-coils that cancel each other out, thus bucking the hum. Single-coil pickups are much brighter, and also have "thinner" sound than humbuckers. This makes them popular in softer rock and country. However, they create a lot of noise if you use them in genres such as hard rock that involve lots of gain on the guitar sound. Finally, p90s are essentially a fusion of the two and are used all over the place. They are meatier than the average single-coil, but not as much as a humbucker. Guitars come in common pickup configurations such as HSH and HH. This essentialy translates to (humbucker, humbucker) or (humbucker, single-coil, humbucker).

Guitars also have a switch on them that you might have noticed. This is used to select the pickup you are using, so when trying out a new guitar make sure to try out the sound of all the pickups. For HH guitars, which are the most common, the middle position means using both humbuckers at once, while selecting either side changes between using the neck or the bridge pickup. The location of the pickup on the body also changes the sound of the pickup. Pickups that are closer to the bridge sound brighter while pickups near the neck sound warmer and are great for playing smooth leads. Guitars can also come with a feature known as a coil split. This allows you to convert one humbucker or more into a single-coil and fuse the sounds of the two.

Guitar bridges, where the strings feed into, can be fixed or floating. Fixed bridges are generally a better option for a first guitar because they involve a lot less hassle if you don't have the tools and experience to take care of a floating bridge. Fixed bridges, which are very commonly tune-o-matic bridges on rock guitars, are just that, fixed. Floating bridges are used with tremolo systems such as Floyd Rose or Kahler. These allow the player to change the pitch of the strings using a whammy bar to achieve a cool effect, commonly seen in rock and metal. These bridge mechanisms are paired with a locking nut that prevents loss of tuning when using them, since they are able to change the pitch of the strings by a large amount. These are used to achieve what are known as whammy dives or dive bombs. Some guitars, like the Fender Stratocaster, have fixed bridges that still have a whammy bar. These whammy bars are only meant to add a subtle vibrato effect and not to create any drastic changes in pitch.

There are some fancy features that some guitars, mostly high end ones, can have. One is fanned frets. These guitars are very eye catching as their frets, instead of running straight across the neck, run diagonally. What this provides is a more accurate representation of where the notes lie on a given string. This is because frets that go straight across do not account for the fact that the strings all have different gauges which affect where the notes are located on them. Higher end guitars can also come with no headstock. These headless guitars, made popular by Strandberg guitars, have a minimalistic appearance while still holding tune stably without traditional tuners.

There are also guitars that are known as extended range instruments. This means they have more than six strings. This usually means 7 strings but they can go as high as 8, 9, or even 10. The extra strings are usually added as bass strings which enable the player to play lower notes than the average six string, sometimes digging into bass guitar territory. However, the main advantage of these instruments is that one can play more than six strings at a time. After all, this, along with the ability to bend strings is what gives guitars their character. Many metal players are attracted to these guitars as more metal bands nowadays incorporate them into their sound. If you want one just to chug on some low power chords, you can restring a 6 string with thicker strings to achieve the same low tuning as a 7 string, just without the one higher string. However, keep in mind that the lower you go the less stable the tuning will be. This is why 7 strings almost never come in 24.75" scale and start at 25.5" at the least.

Next, you'll want to consider whether the guitar looks cool, it's an unusual thing to choose based upon, but possibly one of the most important. Does it make you want to pick it up and jam? If not, don't get it. This is why you may want to consider spending a little more money than you're used to because cheaper guitars don't have the same look and feel as more expensive or even mid-budget instruments. Cheaper guitars tend to feel rough and like a toy really. Not something you want for a long term investment that the guitar should be.

The most important thing when buying your first guitar is to try a bunch of them out in person. So go to your local guitar store and do not be shy! Alternatively, you can bring a friend that does play or just ask one of the workers to play something. Finally, these rules are neither hard nor fast. Play what pleases your ears, eyes, and sparks your creativity! I hope your first guitar enriches your life as much as it did mine.


About the author: Arman is an avid guitar player and enthusiast. He has been playing guitar since he was 15 and his favorite genres are metal, rock, jazz, and country. He also goes by Namra, where he produces his own music and also does covers.